We have 3 short stories published in Antimatter Magazine (2017) and a joined scifaiku poem published in Scifaikuest August 2019 edition as well as a paranormal short story published by Anubis Press and a Sci-Fi western short story by Wild West Press.

It was a dragon that drew us together. She hatched one day and changed our lives. As we write her into our epic tale of Vikings, Ninjas, Harpies, Knights and an evil King, we are always thinking about you, our readers.

We are two authors, joined by a single mission – to bring you epic tales of young heroes up against insurmountable odds, but with nerve, nudges by friends and foes, by accident, or by sheer dumb luck, they prevail.

We are building a compendium of short stories (PULP FICTION X BLACK MIRROR X FARSCAPE) across time and space united by an Empire that keeps interfering with our planet. It is tentatively called SOULFLIGHT.

Our dream is to publish our works, go on some book tours, and meet our fans.

Then buy, review, and love our books when they are available. Without you, this dream is only a dream.

Writing is an adventure.

We write fantasy and science fiction.

We hope our books take you places far from your home and leave you with new experiences.

Robots Love Techno is one of our short stories. It’s about a boy discovering that aliens do exist, and so does friendship no matter how hard you try not to look for it.

However, the book begins with X4-R or you may call him Xar. He was a robotic mop who contracted a virus in his code that was contagious enough to change everything.

If you’re not into aliens disguising themselves on Earth or robots fulfilling destiny, try the short story The Fifth Step. It’s about reaching out to help those trying to overcome addiction and a mad scientist seeking the cure for aging on the streets of New Orleans where you can discover all types of people if you pay close enough attention.

You can also check out the Fantasy story that won Hawk the Write to Win contest, The Hatchling. It’s about two children who find a gargoyle egg that hatches and grows quickly under their care. The contest was to write a story that began with the line, “It looked like a..”

Join us for a scavenger hunt through Old Cyclops’ stuff to find his last will and learn his secrets in Last Will of the Cyclops.

We even touched on war and the twisted revenge of a little girl in Hadija. This story is for mature audiences as mature topics are discussed.

Charlene has a mental illness, too. That’s why she lives in a mental hospital, but it seems she is about to have a breakthrough… read Charlene’s Tails, the short story entered and won Honorable Mention in a worldwide competition for Literary Taxidermy.

Not to be outdone by Edgar Quimby, who lives in a mental hospital but is about to be tragically lobotomized.

When you are finished with those, start reading our serial story about 4 boys coming of age in New Orleans amidst voodoo, nuns, ghosts, gangs, cross-dressers, detectives, and angels. Lords of Magazine Street is ongoing and filled with adventure. The Ice Cream Gangsters will win you over with their tattooed skin, bicycle antics, and run-ins with colorful characters.

Stay tuned for more. We won’t promise to avoid the mentally ill, play with voodoo, ascend to space, or ride on dragons in the future. That’s how we roll. 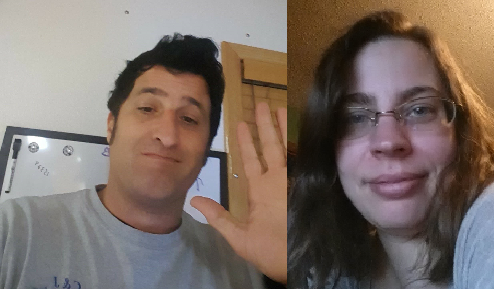